REMINDER: Proposed HCS Update to Harmonize with the 7th Revision of the GHS – Deadline is May 19, 2021

Back in February, I advised that the Occupational Health and Safety Administration (OSHA) released a statement regarding the US Department of Labor’s OSHA issues proposed rule to update the hazard communication standard.  As we all know, they have proposed to update the Hazard Communication Standard (HCS) to align with the seventh revision of the Globally Harmonized System of Classification and Labelling of Chemicals (GHS). The Hazard Communication Standard was originally established in the United States in 1983 and there have been many changes since that time. Ensuring the safety of workers is very important to OSHA and will continue to be.

Their expectation with this update is to increase worker protection, reduce the incidence of chemical-related occupational illnesses/injuries by further improving the information available within labels and Safety Data Sheets (SDSs) for hazardous chemicals. The modifications will also address current issues they’ve had since the implementation of the standard back in 2012. Their additional hope is to improve alignment with other federal agencies as well as Canada. As it stands right now, OSHA originally adopted Version 3 of the regulations whereas Canada adopted Version 5. This has been an issue between our countries and it is hoped that we can further align by both Canada and the United States being on the same version.

**Note that Canada still has no plans to change regulations where Trade Secrets are concerned. This has ALWAYS been an issue between our two countries. If you plan on claiming Trade Secret on an SDS in Canada for the CAS number and chemical name, you MUST STILL APPLY for a Trade secret number here.

Some of the proposed changes to the current HCS include but are not limited to:

The very extensive Department of Labor Occupational Health Administration document with the proposed changes to the Hazard Communication Standard can be found here.

It is a 486-page document so take your time, go through it and get your comments in.

Individuals are requested to submit comments to OSHA regarding their concerns by May 19, 2021. You may submit comments identified by Docket No. OSHA-2019-0001, electronically at the Regulations.gov Website, which is the Federal e-Rulemaking Portal.

Time is limited! There is only a week or so to make your comments so please do so if you and your company have any concerns. 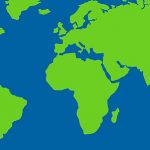 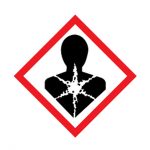 WHMIS 2015 GHS Symbols and Pictograms – If my product is hazardous, why do I not have a symbol?Product Safety, WHMIS