Protect Your Trade Secret: WHMIS Ranges are Back!

Chemical companies will be able to protect their formulation IP with the reintroduction of WHMIS ranges.

A recent win for Canadian companies was the reintroduction of WHMIS ranges for SDS’s under the new Hazardous Products Regulations. The originally adopted GHS regulations revoked the CPR ranges and manufacturers were required to submit Trade Secret applications to HMIRA to continue their use. Recently an amendment was made by Health Canada and ranges are now permitted.

On February 11, 2015, Health Canada published in the Canada Gazette, Part II the Hazardous Products Regulations (HPR), which modified the Workplace Hazardous Materials Information System (WHMIS) 1988 to incorporate the Globally Harmonized System of Classification and Labelling of Chemicals (GHS) for the workplace. This modified WHMIS is commonly referred to as WHMIS 2015. The Controlled Products Regulations (CPR) had been repealed and with that went the ability to use the prescribed ranges under those regulations.

The new range allowances are similar to those from the past with the exception of the widest percentage ranges. An example of this change is the old CPR range of 60-100. One is not permitted to use this range under the new HPR regulations.

We are now permitted to use the following ranges instead:

As you can see, the range is still quite wide to allow for some confidentiality where formulations are concerned. Health Canada may contact HMIRA applicants who claimed range confidentiality to potentially provide a refund. If you are one of those companies, keep an eye on your email.  With the adoption of these new ranges, one must also place a statement with respect to the range being a trade secret under Canadian law. This is new as it was not required in the past when placing a range.

If you would like more information about these aforementioned amendments or to change your existing documents to use the newly adopted ranges rather than list the exact percentage, please contact Dell Tech for further details on our SDS authoring process. 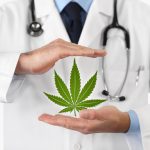 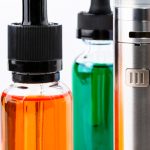