On December 21st, there was a news release regarding the Canadian government moving forward with banning harmful single-use plastics.

The Minister of Environment and Climate Change, the Honourable Steven Guilbeault, and the Minister of Health, the Honourable Jean-Yves Duclos, announced that draft regulations prohibiting certain single-use plastics have now been published for public comment. The draft regulations reflect input received through extensive consultations conducted by the government since 2019. These consultations included thousands of Canadians who support the banning for certain single-use plastics.

They estimate that these regulations would prevent approximately 23000 tonnes of plastic pollution from entering the Canadian environment over a 10 year period.  The intent is to finalize these regulations and bring the ban into force as quickly as possible.

If you would like more information about the early draft of the proposed regulations, please see the Government of Canada website.

If you would like further information, you are directed to consult the Plastics Regulatory Affairs Division with your questions: 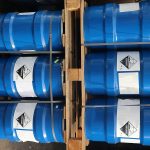 Corrosivity – Why do I have to ship as corrosive when my product label does not have a corrosive symbol?Product Safety 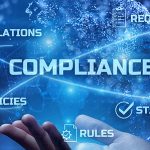 GHS in Canada and the United States – What is the expectation for compliance?Product Safety